Chivalry is dead. Gone are the days of knights in shining armor. Men opening doors for women, taking the dangerous spot in crossing the street, offering the better seat in the pedicab… These have become a rarity. Or some would say.

On my way to the office last week, I had to drive slow then make a stop a few meters before the pedestrian lane. I noticed two kids – a boy and a girl – on the side of the road, attempting to cross the street. The boy was on the lookout. He was keenly observing the flow of vehicles. To assure him that I did make a full stop, I gestured from inside the car for them to cross the street. While he was safe on my lane, the boy noticed there were still vehicles coming from the opposite direction. When everything was clear, he looked at the girl, held her hand then guided her in crossing the street to their school. The boy looked composed and in control of the situation. The girl entrusted her fate to the boy. 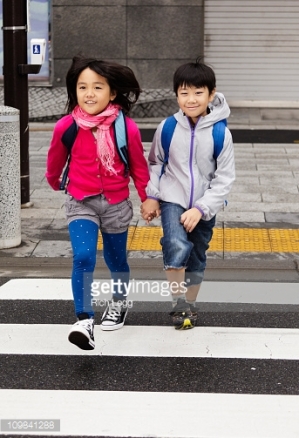 It was a very heartwarming sight. I thought it was a sweet gesture that kids should be taught at a young age, one that they have to develop as they grow up, and practice in their lifetime.

But over the years, chivalry has seemed to be replaced with what I think is a skewed concept of independence. Many associate chivalry with a subliminal perpetuation of the olden times when women were treated inferior to men, assigned limited roles in society, and appreciated more for their being a superficial symbol. Chivalry is misinterpreted as an arrow aimed at a soft spot, a splint for a broken arm, or a filler for a weakness. When a woman can easily handle the situation herself, a man appears in the picture and performs a task or does something special that now poses a question on the capability of a woman. What was an act that was nothing gender-biased but born of values and good upbringing now undermines the very foundation that establishes men and women as co-equals. Perhaps the talk about feminism and gender rights have also led others to misconstrue the advocacy for equal rights as a call for a 180-degree paradigm shift: from patriarchal to matriarchal.

Some people dwarf what can simply be “a choice of being a gentleman” with a misguided appreciation of gender rights.

In restaurants, hardly 10% of men open doors for women, pull a chair for them, and pour water in their glasses. Giving flowers, writing letters and making personal gifts have also started to lose steam. In a survey conducted by a men’s magazine, a good number of men have considered chivalry outdated. “It just doesn’t feel right anymore,” as one respondent pointed out. But among women who were administered a similar survey, close to 70% still favor the “old school” chivalry. They still find meaning in men going an extra mile and them being made to feel special.

Chivalry can be too big a term or too archaic or medieval compared to just simply being a gentleman. I doubt it is one that we are born with or born into. It is neither genetic nor is it gender-based or cultural. It is more a lifestyle that men embrace, one that reflects values and recognizes an inherent need for affirmation, admiration and respect.

In this Internet Age where everything seems templated and access to all bright ideas is a click away, it could be that chivalry never really died. It’s just that is has evolved over time and now comes in many forms.